Carrie Nardella  carrie.nardella@yale.edu Carrie Nardella is the Administrative Assistant to the Emonet Lab.  Carrie worked in the Medical School from 1990 to 2000.  She returned to Yale in 2016 in the Department of Molecular, Cellular and Developmental Biology. In her free time she enjoys living on the shore and raising her 3 daughters. 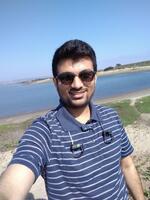 Jyot Antani, PhD jyot.antani@yale.edu.    Jyot is a joint postdoc with Paul Turner Lab. Jyot worked on his PhD with Pushkar Lele at Texas A&M University where he studied the sensory functions of the bacterial flagellar motor. He is currently developing a project to visualize and study the interactions between bacteria and bacteriophage- the viruses that infect bacteria. In his free time, Jyot enjoys reading fantasy novels, taking road trips to parks and beaches, cooking, and eating. 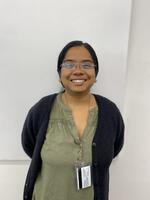 Swayamshree Patra is a postdoc, working on the theoretical aspects of chemical navigation. She finished her PhD at Indian Institute of Technology Kanpur under the guidance of Debashish Chowdhury where she developed theories for control and coordination of flagellar length in multiflagellated eukaryotes. In her free time she loves to explore new techniques of digital art for communicating her scientific projects.

Average Phan, PhD  is a physicist pursuing strange and small but curious and fun ideas in many different branches of science. For abstract questions he becomes a theorist. For difficult questions he turns into an experimentalist. 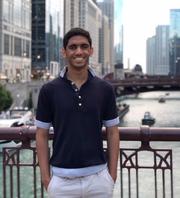 Viraaj Jayaram Viraaj is a physics graduate student, having graduated from UChicago in 2019 with bachelor’s degrees in math and physics. He is broadly interested in theoretical and computational biophysics and understanding information processing, decision making and optimality in biological systems. In his free time he enjoys playing and watching cricket, tennis and soccer, as well as playing board games, watching movies and trying out new restaurants with friends. 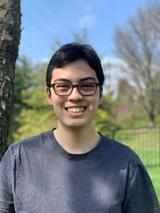 Jeremy Moore jeremy.moore@yale.edu Jeremy is a graduate student in MCDB, having done his undergraduate degree in molecular biology at Kenyon College. He is interested in how bacteria make decisions in complex environments and is currently studying how they integrate information from multiple signals at once. In his free time, he enjoys playing piano, cooking, and video games. 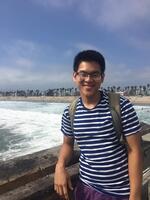 Lam Vo Lam is a graduate student in MCDB. He studied chemotaxis in Azosprillium brasilense at the University of Tennessee at Knoxville during his undergraduate years under Dr. Gladys Alexandre. He is interested in studying spatial sorting in chemotaxis waves and the connection between virulence and chemotaxis in Pseudomonas aeruginosa. When he is not working, he loves watching random Youtube video, listening to music, and exercise. He’s looking forward to going to the beach, exploring local boutique shop, and hunting for good restaurants. 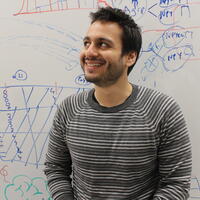 Gustavo Santana gustavo.santana@yale.edu. Gustavo is a graduate student in the Interdepartmental Neuroscience Program. He completed his undergraduate in Computer Engineering at the Federal University of Rio Grande do Sul in Brazil, where he studied the ontogeny of vocal communication in mice. He is currently interested in understanding how flies explore spatial features of odor plumes for optimal navigation. In his free time, he spends too much money going to concerts, and enjoys playing guitar (please email me if you own a venue and need a band). 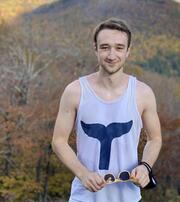 Will Rosenbluth Will is an undergraduate majoring in Applied Math at Yale with a concentration in Computer Science. He is interested in modeling dynamical systems and is currently using biological modeling to study how olfactory receptor neurons adapt to temporal signals. He is also co-president of the Yale Student Chapter of Engineers Without Borders USA. In his free time, he enjoys hiking, skiing, and rock climbing.

Rafaela Kottou Rafaela is an undergraduate interested in studying biochemistry through the lens of mathematical modeling. She is currently trying to understand how different binding modalities affect the diversity of sensory parameters in bacterial chemosensing. In her free time, she writes for the Yale Daily News and enjoys spending time outdoors. 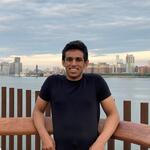 Agastya Rana Agastya is an undergraduate interested in applying mathematical and computational modelling techniques to biological systems. He is currently working on using data assimilation to quantify the cellular parameters that govern bacterial chemotaxis. In his free time, he enjoys swimming, playing basketball and finding new music to listen to. 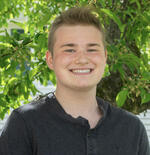 Austin Theroux is an undergraduate student majoring in Earth and Planetary Sciences. He is broadly interested in evolutionary systems and environmental geomicrobiology. He currently studies the evolutionary dynamics of how E. coli develop resistance to bacteriophage chi, a virus that infects bacteria by first binding to the flagella. In his free time, he enjoys swimming, reading, and learning languages. 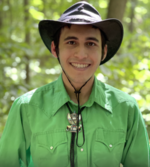 Ravi Balasubramanian  is an undergraduate interested in the living world and how it is structured on mathematical, physical, and biological levels. He is currently studying how E. coli adapt to their environment and how they spatially organize themselves during group migration. In his free time he enjoys hiking, magical realist literature (Borges in particular), playing sitar, the card game Magic the Gathering, and hosting study breaks for his friends. He also enjoys solving puzzles and making puns.