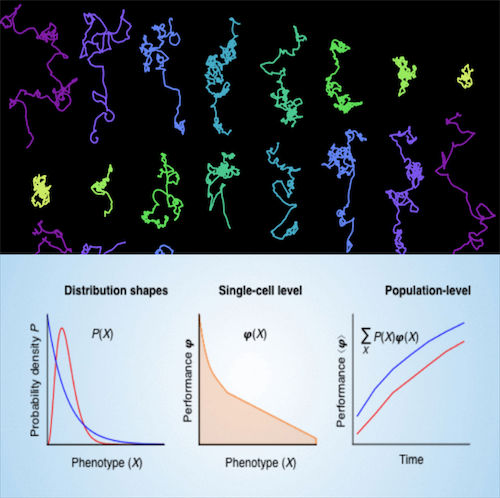 Although all bacterial cells in a colony are genetically identical and share the same swimming machinery, they display differences in the way they swim. This paper shows that such behavioral diversity has a direct impact on how well populations explore their surroundings and track down desirable nutrients. Adam, Nick and Yann reached this conclusion by creating a miniature race course for bacteria and tracking single cells as they swam through it. Rare “outlier” cells with uncommon behaviors were found to have a disproportionately large effect on group performance under certain conditions. Together with previous research, these results suggest that evolution may act not only to change the most common behaviors of clonal organisms, but also how different or similar they are to one another.